The New American Bible, Revised Edition (NABRE) is a Bible translation by Catholic scholars from the original biblical languages: Hebrew, Greek, and Aramaic. The imprimatur was granted in 2010 by the United States Conference of Catholic Bishops according to the Code of Canon Law, officially authorizing its use for study and devotional reading.

The NABRE is a significant update to the New American Bible (NAB), first published in 1970 by the Confraternity of Christian Doctrine (CCD).

As a Catholic-originated translation, the NABRE includes the complete Catholic Bible canon, including the seven Old Testament deuterocanonical books.

The New American Bible of 1970 was the first American lexicon-oriented Catholic Bible. It is also the second Catholic-originated English translation to use the original biblical languages—Hebrew, Aramaic, and Greek—as a base text instead of the Latin Vulgate. The first translation to take a similar approach was the Jerusalem Bible, published in 1966.

The NAB is the only translation approved for Mass in the United States and Philippines. The Jerusalem Bible holds that esteem in worldwide outside the US and Canada.

The move toward using the original biblical languages as the source for a modern language Catholic Bible was driven by the encyclical Divino afflante spiritu issued by His Holiness Pope Pius XII in 1943. He wrote: “We ought to explain the original text which was written by the inspired author himself and has more authority and greater weight than any, even the very best, translation whether ancient or modern. This can be done all the more easily and fruitfully if to the knowledge of languages be joined a real skill in literary criticism of the same text.”

The NABRE, released in 2011, is the result of a thorough revision of the Old Testament. The team of dozens of Catholic scholars undertook the project to make the translation even more literal and aligned to the original underlying text, while still rendering the Scripture in smooth contemporary English. 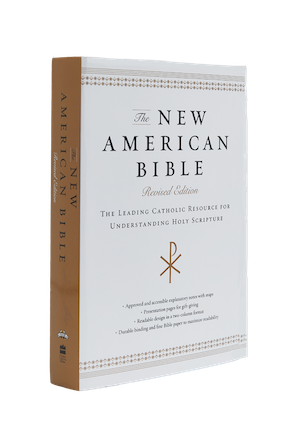 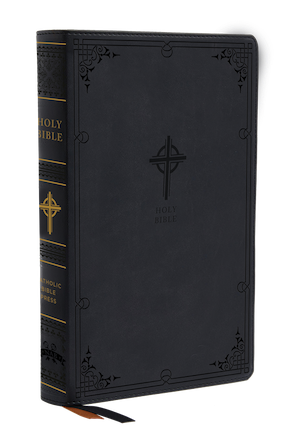